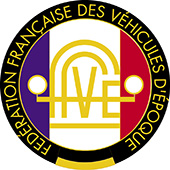 Cars, motorcycles, utilities, military vehicles, agricultural vehicles collectors. To these clubs are added 25 automobile Museums and more than 200 professionals whose activity is connected to vehicles of collection.

Since 2009, the Federation is recognised as Etablishment in the public interest. FFVE received delegation of the Ministry of Transport for the establishment of certicate allowing the delivery of the car registration documents. To be registered in collection, a vehicle has to, on January 1st of the current year, be at leat 30 years old. From 1994 till 2014, Claude Delagneau assured the presidency. Olivier Weyl succeeded him during five month and since July 25th, the new President is Valy Giron.

The Federation welcomes approximately 1 100 members. They are clubs, professionals of the old vehicules former, or museums. These members collect more than 150 000 collectors, owners of 600 000 vehicles. The board of directors consists of 24 administrators who elect every year 8 members of the Federation’s desk. These management bodies are supported by 24 deputy administrators, councillors and co-opted members, being named the latter according to their skill on precise subject. The detail of the organisation chart is presented in another chapter of this column ‘the Federation”. The Board of Directors includes six middle schools, to assure a better representativeness of the members of the Federation.

From 2006, to move closer the ground and to be better tuned to his “customers”, the function of the regional delegate was established. 14 delegates are present in the majority of the French regions. The FFVE was anxious to bring a particular support for museums. Private institutions for the greater part, created and livened up by real enthusiasts, they are often lacking visitors and partnership to cover their loads. The FFVE undertakes the collectors and the clubs to insert the visit of one of these museums to the program of their exit and participle in their effort of communication.